Besides negotiating with Jakarta for GAM, Irwandi also worked in counter-intelligence and the military wing. He was in jail for treason when the tsunami hit.

Analysts have said his administration will need to deliver on jobs and housing for thousands still homeless two years after the tsunami.

Others say that bringing justice and development to the impoverished province will require newly elected GAM officials to rise above an entrenched political culture of corruption, patronage and inefficiency.

Irwandi told Al Jazeera before the final results were revealed: “By 2010 we [would] have eradicated corruption and you won’t hear any more of it in Aceh. By year 2015, Aceh can be considered a prosperous piece of land, prosperous country, where justice and law is for everyone.”

He has pledged to focus on improving the economic wellbeing of Aceh’s poor, especially farmers and fishermen.

This, he has said, depends on giving Aceh direct access to international commodity markets instead of going through domestic middlemen, and on improving infrastructure. 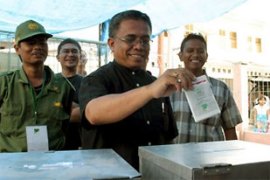 Rival concedes to ex-rebel in Aceh

Former governor says Irwandi Yusuf won the most votes in the December 11 poll. 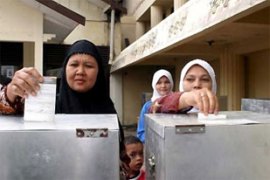 Kofi Annan calls for results to be respected to consolidate the peace process. 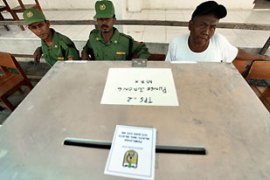 Exit poll by respected local pollster gives him 39 per cent of vote for governor.