“The capital has witnessed 19 years of fighting,” he said. “The Ethiopians want to bombard Mogadishu, so we withdrew in order not to give them this opportunity.

“Mogadishu is in a state of disorder and gangs, who are backed by Ethiopia and Baidoa groups, have started stealing and robbing.

“There are no Islamic courts forces [there]. It is the Somali people who are resisting.

“We did not leave the capital to chaos. We left it to avert heavy bombing because Ethiopian forces are practicing genocide against the Somali people,” he said.

Ahmed said: “God willing, we will drive out these forces that entered Somalia to destroy what was achieved in the past few months. We have a plan to drive these forces out.”

Witnesses confirmed reports that Somali troops are heading towards Mogadishu, with one claiming that more than 70 Ethiopian tanks have headed to the capital.

The majority of gunfire has taken place north of the capital.

One witness in Mogadishu said machine-gun fire was heard in the Sinaai neighbourhood north of the capital, while residents said government troops were approaching the city.

A government spokesman said “Islamic courts leaders have dispersed into thin air”, and that they had fled to the southern port of Kismayu.

“Our forces already effectively control Mogadishu because we have taken over the two control points on the main roads outside the city,” he said.

“Within two to three hours we will capture the whole city.”

Mohamed Jama Fuuruh, a Somlia member of parliament, said: “The government has taken over Mogadishu. We are now in charge … There will be no problems and everything will be fine.”

“What is going on today in Iraq – the situation of Somalia may not be far from that.”

According to Mohammed Adow, Al Jazeera’s correspondent in Mogadishu, the Islamic Courts Union’s decision to pull out was unexpected.

“They had promised the Somali people to defend Mogadishu to the last man, but this hasn’t happened,” he said.

“As they head for the south, it looks very remote for the Islamic courts to assemble their fighters again in order to be able to wage any war against the Ethiopian and Somali government fighters.”

Demands have also been made to the United Nations to speak out against what Ethiopia is doing inside Somalia. 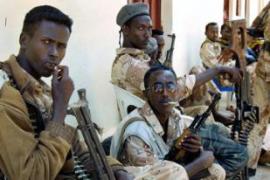 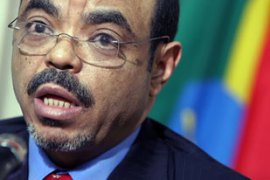