Earlier this week, state-owned Television Boliviana showed Samartino protesting against the leftist government of president Evo Morales in the eastern city of Santa Cruz, a bastion of the rightist opposition.
The main opposition ‘We Can’ party has criticized Morales, an ally of Cuban leader Fidel Castro, for the government’s moves to deport Samartino.
The decision could “give room to talk about political persecution,” Oscar Ortiz, a senator for the We Can party said on Tuesday.
Cuban influence over Bolivia
The Cuban ambassador in La Paz, Rafael Dausa, said his government did not ask Bolivia to detain Samartino, but acknowledged the dissident had publicly criticized both Morales and Castro.
“He has decided to politically act out against the Cuban revolution and the government of Bolivia,” Dausa told the Red 1 TV network.
The Bolivian government says that Samartino and 11 other Cubans who entered the country in October 2000 after fleeing to the US navy base in Guantanamo do not have political refugee status.
This year, Castro has sent over 1,500 medical doctors to provide healthcare in Bolivia, and Samartino has reportedly helped some of the doctors defect to other countries.
Source : News Agencies 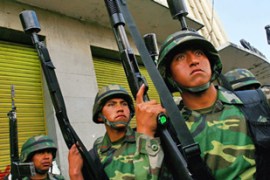 Morales: No division of Bolivia

The president of Bolivia accuses opposition of seeking to split Bolivia. 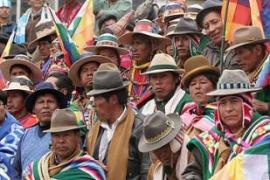 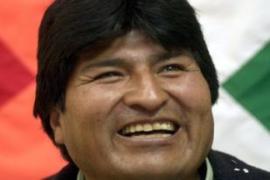 Twelve dead in Bolivia mine clashes

At least 12 people have been killed and 57 injured in Bolivia in clashes between state-employed and independent tin miners, the interior ministry said.