The Red Cross said that more than 800 casualties had been admitted to hospital since the fighting began and thousands of people had fled their homes.

The Islamic Courts admitted that they had been forced to withdraw from many frontline positions, but have vowed to dig in for a long war with Ethiopia, which has denied intentions of taking the capital.

“Liberating towns is not our agenda. Our troops have not entered any town,” Meles said.

“Our forces and that of the [transitional federal government] have broken the back of the international terrorist forces around Baidoa and they are in full retreat now,” he added.

Abdelkarin Farah, Somalia’s ambassador to Ethiopia, told journalists in Addis Ababa that the transitional government’s forces were 100km from the capital.

Islamic troops withdrew more than 80km to the southeast from Daynuney, a town just south of Baidoa and advancing government and Ethiopian troops captured Bur Haqaba, one of the Courts’ main bases, after it was abandoned early on Tuesday.

“We woke up from our sleep this morning and the town was empty of troops, not a single Islamic fighter,” Ibrahim Mohamed Aden, a resident of Bur Haqaba, said.

Islamic Courts fighters were also reportedly retreating on two other fronts. On the southern front, government troops captured Dinsor and on the northern front, government and Ethiopian troops entered the town of Bulo Barde, where two weeks ago an Islamic cleric said anyone who did not pray five times a day would be executed.
Government and Ethiopian troops were headed for Jowhar, 90km north of Mogadishu, after driving Islamic courts troops from Bandiradley, Adadow and Galinsor.

“We have decided to change our tactics,” Sheikh Sharif Sheikh Ahmed, the head of the Islamic Courts executive committee, told a news  conference in Mogadishu. “We are ready to start long-lasting war with Ethiopia.”

Tactical retreat
An Islamic courts commander told AFP on condition of anonymity: “There is a lot of pressure from every frontline and in order to overcome this war, Islamic fighters have emptied several posts including Burhakaba and Dinsoor.
“This action is a military tactic, it is a kind of military retreat.”
Meanwhile, Abdirahman Dinari, a Somali transitional government spokesman, has called on foreign fighters, believed to be supporting the Council of Islamic Courts, to pull out and allow Somalis to seek ways of restoring peace in their nation, wracked by conflict since the 1991 ousting of Mohamed Siad Barre.
On Tuesday, he said: “We ask all the foreign fighters to pull out of the country and allow Somalis to seek ways of reconciling and establishing peace.
“We strongly appeal to the Islamic Courts to put down arms because the government has made a decision to give them complete amnesty.”
The offensive came after thousands of Ethiopian soldiers prevented the Islamic Courts from surrounding and capturing Baidoa, the only major city under government control.
Source: Al Jazeera, News Agencies 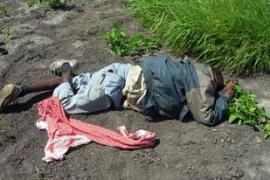 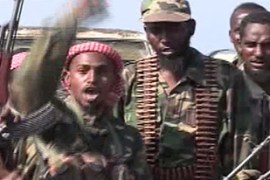 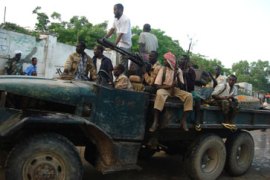 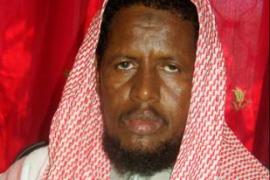