Reed, a former Football Association technical director, watched his side slip to a 2-0 home defeat at the hands of fellow strugglers  Middlesbrough on Saturday and that was the final straw for the Charlton board.

Reed had said after Saturday’s defeat, their fourth home defeat this  season, that he was determined to restore the club’s fortunes.

“We have just got to be determined and we will be straight back on the training ground on Sunday morning. We have got to put this one to bed then move on,” he said.

Reed managed just one win from his eight games in charge and presided over last week’s League Cup quarter-final defeat at home to Wycombe Wanderers of League Two.

Pardew, who was sacked by West Ham on December 11 after a run of bad results, will take charge of his first match at The Valley on Wednesday against Fulham. 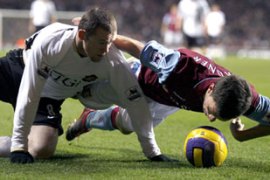 Manchester United stay two points ahead of Chelsea with a win over Aston Villa.