An Associated Press reporter said pieces of a car could be seen around the site that houses the state governor’s office and other major government offices.

“If this had occurred on a working day it would have been more devastating. Government should find a better way of addressing the agitation of the Niger Delta people,” a police officer at the scene told Reuters news agency.

The Movement for Emancipation of the Niger Delta later confirmed it carried out the attack and said the second bomb had failed to explode but had been retrieved and would be “redeployed at an appropriate time.”

The group accused the region’s political leaders of acting “against the interest of the people of the Niger delta” and said they were “sabotaging all efforts at resource control for selfish reasons.”

Earlier, military officials announced that a water pipeline leading into an oil refinery in the region had been blown up.
Brigadier-General Alfred Ilogho said dynamite had been placed under the water pipe in Warri, a town in Nigeria’s southern Delta state, but had not affected production at the government owned facility.

Two car bombings by the group at oil company compounds in Port Harcourt on Monday prompted two European companies to evacuate hundreds of relatives of staff from the region.

While on Thursday, armed men raided a Total SA pumping station in an attack that left three police guards dead, another group took over an Eni SpA facility.

The companies shut down production at both facilities, suspending about 80,000 barrels per day in all.

Attacks on oil facilities and kidnappings of foreign workers are a frequent occurrence in the world’s eighth largest oil exporter.

A series of attacks in February forced Royal Dutch Shell to pull hundreds of workers out of the western delta and cut Nigerian oil output by a fifth. 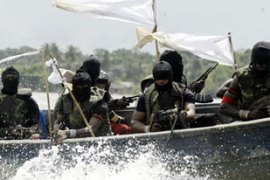 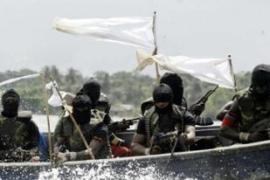 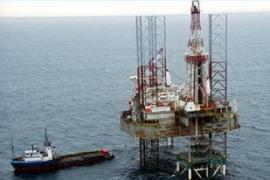