“The time has come for flexibility and generosity, and it [Israeli policy] could be different than what has been said in past meetings,” he said in response to the proposal, according to a cabinet source.
In previous years, Israel has freed some Palestinian prisoners as a holiday gesture. Thousands remain behind bars.
Olmert had previously ruled out any prisoner releases until Hamas freed one of its soldiers, who was captured in a cross-border raid from Gaza in June.
Barghouti release proposed
Amir Peretz, Israel’s defence minister, told Israel Radio that he might be willing to release Marwan Barghouti, a senior Fatah leader, as part of a deal to secure the release of the Israeli soldier.
When asked if Barghouti might be freed, Peretz replied: “If someone puts a request to release him from prison on the agenda, it should be discussed in accordance with the law.”
Pressed as to whether that meant a release was possible, he said: “It’s a question of what you would get in return.”
In the past, Israel has opposed freeing prisoners with “blood on their hands”, but lately it has signalled more flexibility.
Olmert meets Abbas
Olmert met Mahmoud Abbas, the Palestinian president, on Saturday, amid pressure from the US and European powers to make gestures which could boost Abbas’s Fatah movement.
Recent weeks have seen increasing fighting between Fatah and Hamas, which was voted into power at the beginning of the year.
At least 10 Palestinians have been killed in fighting between forces loyal to Abbas and those of Hamas since Abbas’s call last week for new elections in the Gaza Strip and occupied West Bank after talks on a unity government with Hamas failed.
Barghouti, 47, is seen by many as Fatah’s best chance in any presidential race against Hamas if Abbas decides not to run.
He was jailed by an Israeli court for 40 years after being found guilty of five counts of murder.
According to the Israeli prison service, about 8,800 Palestinians are currently being held in Israeli jails on security charges.
Source: News Agencies 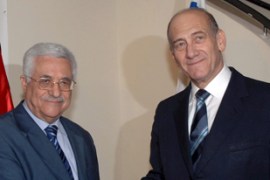 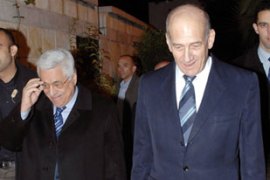 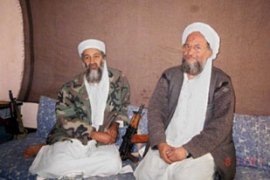 Ayman al-Zawahiri says that only fighting will liberate the occupied territories.