He said the council should “compel it [Israel] to abandon nuclear weapons, urge it to accede to the NPT [nuclear Non-Proliferation Treaty] without delay and demand this regime to place promptly all its nuclear facilities under IAEA [International Atomic Energy Agency] full-scope safeguards”.
The letter marks the first formal call for action to be taken against Israel and comes at a time when the Security Council is debating imposing sanctions on Iran in an attempt to halt the country’s own nuclear programme.
Many have criticised the West as working under a double standard in pressing Iran to suspend its nuclear activities while ignoring Israeli weapons.
Hans Blix, former head of the IAEA, said last June that Israel is thought to have about 200 nuclear weapons.

In his interview, broadcast in Israel on Channel 10, Olmert said: “Iran, openly, explicitly and publicly threatens to wipe Israel off the map. Can you say that this is the same level, when they are aspiring to have nuclear weapons, as America, France, Israel, Russia?”

Israel has never formally acknowledged that it has nuclear weapons and has not a signed up to the NPT.
Iran, which has signed the NPT, says that its nuclear programme is for civilian purposes and will not be used to make nuclear weapons.
Russia’s foreign minister said on Wednesday that Western powers were trying to punish Iran in the UN Security Council draft resolution on the Islamic republic’s nuclear programme.
Sergei Lavrov, referring to the Europeans and the United States, said a proposed travel ban on Iranian officials “is in our view an attempt to bring an element of punishment and we agreed from the start not to do that”.
“Our partners … are trying to turn the situation around in their favour by inserting into the resolution statements which would de facto lift all limits on the restraints that are being introduced in Iran and will sever … trade-economic ties with Iran in completely legitimate areas,” he told a  news conference.
Earlier, at the UN, Britain and France, which drafted the text along with Germany, decided to distribute the measure to the council so the 15 members could prepare for a vote.
Source: News Agencies 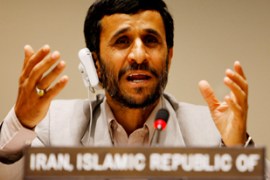 Russia says a resolution largely addresses its concerns over sanctions on Iran. 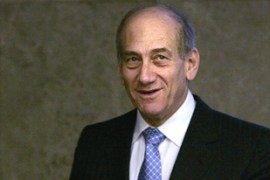 Olmert: No change in nuclear stand

Israeli leader’s TV remarks stir up a storm over the nation’s “strategic ambiguity”.

Israel has long declined to confirm or deny that it has nuclear weapons.