All 15 council members on the panel, headed by Cesar Mayoral, Argentina’s UN ambassador, would have veto powers and be expected to come to a final decision.

Many of the new appeal rules were drawn up by the United States, which has submitted most of the names, and France, which welcomed the procedures.

She advocated consideration of a Danish proposal to establish an independent review mechanism.

Loj, a sponsor of Tuesday’s resolution, nevertheless urged the council “to continue work on fair and clear procedures for listing and delisting”.

The roster of people and groups is set up by the council’s so-called “1267 committee”.

So far most entries from governments go unchallenged, without judicial procedures.

The Security Council imposed sanctions against the Taliban in November 1999 for harbouring Osama bin Laden after the bombings of US embassies in Kenya and Tanzania in 1998.

The sanctions, which include a freeze of assets and an arms and travel embargo, were broadened to include groups and individuals related to al-Qaeda after the attacks against the United States on September 11, 2001.

The Security Council lists 142 individuals and one group associated with the Taliban and 220 people and 124 businesses or groups linked to al-Qaeda.

Nine individuals and 11 groups have been removed form the list since its inception.

Nasser Abdulaziz al-Nasser, Qatar’s UN ambassador, said legal representatives of dead people on the list should be allowed to appeal.

He said: “Some are deceased so how may those deceased persons seek delisting?”

Brigitte Collet, France’s legal counsellor, welcomed the resolution but acknowledged a “widespread sense that once put on a list, one has a hard time being delisted”. 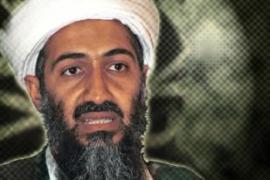 French ‘had bin Laden in sights’