Rival Palestinian fighters had earlier clashed at three locations, breaching a previous ceasefire that had been agreed on Sunday.
Abbas also said that the Palestinian police and the Executive Force, led by Siad Siam, the Hamas interior minister, would enforce the ceasefire.
Hamas calls for calm
Siam endorsed Abbas’s call for a ceasefire and told his followers to withdraw from Gaza’s streets.
“Armed men will no  longer be allowed to circulate on the streets of the Gaza Strip,” he told Palestinian television.
Members of the Executive Force would return to the positions they had held on Saturday before the renewed outbreak of fighting between Hamas and Fatah forces, he said.
Siam said that roadblocks thrown up in the past few days would  be removed and that anyone captured in the fighting would be released.
Haniya had earlier told Palestinians to unite to fight Israel.
“This people will remain united in the face of occupation and aggression and will not be derailed by internal struggles,” the Hamas leader said during a televised address in Gaza City, before Abbas’s announcement.
The clashes between Hamas and Fatah supporters broke out after Abbas, who heads Fatah, called at the weekend for early elections.
Conciliatory gestures
Haniya repeated his opposition to Abbas’s plan and again accused him of plotting a coup.

But Haniya also made conciliatory gestures to Abbas, urging his interior minister to convene a meeting of rival security chiefs to discuss ways to calm the situation and reiterating a call for a long-term truce with Israel.

Hamas officials have proposed the truce, which Haniya said could last 20 years, before and it has been rejected by Israel.
Source : Al Jazeera, News Agencies 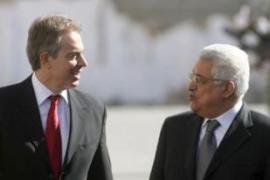 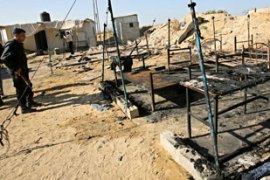 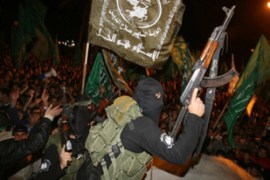 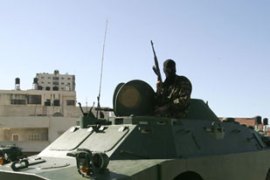