“We expect Irving will leave Austria immediately. We don’t suspect he will commit another offence.”
Austria, which was part of Germany’s Third Reich from 1938 to 1945, had issued an arrest warrant for Irving in 1989 for denying the Holocaust in lectures and in a press interview he gave the same year.
The self-taught historian was arrested 16 years later on his way to address an Austrian radical right-wing student fraternity.
Adolf Eichmann files
Irving had pleaded guilty at the trial in February, saying he had changed his views in 1991 after coming across some personal files of Adolf Eichmann, the chief organiser of the Holocaust.
The court had dismissed this as an attempt to escape a prison sentence.
Prosecutor Marie-Luise Nittel told the court that Irving had a strong following in the radical right-wing community and received a lot of mail in the 13 months he spent in prison.
She said: “His comments were a real mockery of all the victims of the Nazi regime.
“The impact of such offences shouldn’t be underestimated.”
Denying the Holocaust is a crime in Austria, as well as in a number of other European countries such as Germany and Switzerland, and is punishable by up to 10 years in prison.
Efraim Zuroff, the head of Jerusalem’s Simon Wiesenthal Centre which tracks down Nazi war criminals, said the court’s decision would “only encourage and strengthen the Holocaust deniers throughout the world”.

Zuroff told Reuters: “If you have such a law then, for God’s sake, just stick to it.”

Irving’s lawyer said his client would leave straight away and “if he follows my advice, he’ll give his first interview in England”.
Source: News Agencies 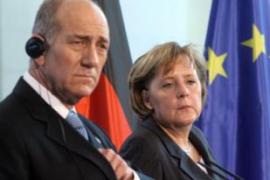 Forum is hosting Western “revisionists” who doubt the slaughter of Jews in World War II. 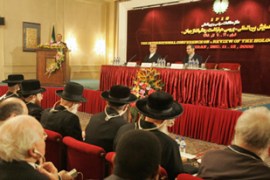