The government said one of its troops was killed by a mortar round and two injured.

The fighting in the village of Idaale was continuing when Louis Michel, the EU development and aid chief, landed 70km (43 miles) northeast of there in Baidoa, which was hit last month by suicide attacks.

Salad Ali Jelle, Somalia’s deputy defence minister, said: “Last evening, a reconnaissance team from the government and the Islamic courts clashed. But this morning, ground troops from both sides exchanged mortars from a distance.

“Their aim was to create fear and disturb peace ahead of the European Union team visit to try and reconcile us.”

Officials from the Somali Islamic Courts Council could not immediately be reached for comment.

But a military source with the council, who declined to be named, confirmed that the fighting was continuing.

Michel did not speak to reporters after landing in Baidoa, the government’s sole stronghold, and headed off to meet Abdullahi Yusuf, the Somali president,  and Ali Mohamed Gedi, the prime minister.

Michel was due to fly to Mogadishu, the traditional capital controlled by the Islamic courts since they kicked out US-backed armed groups in June, in the afternoon to speak to Sheikh Hassan Dahir Aweys, leader of the courts. 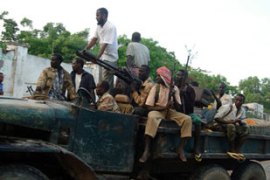 The Islamic Courts Union says it is prepared for war if Ethiopian troops remain. 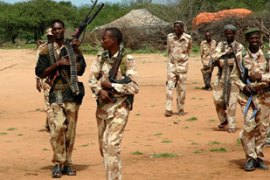 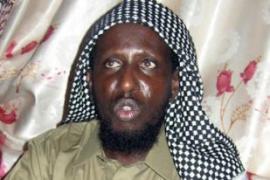 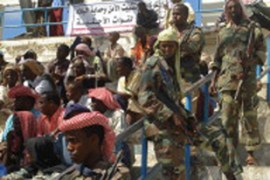