Russia, along with China, had previously said they were concerned over imposing sanctions on Iran.
Western powers are arguing for a vote this week on a UN Security Council draft resolution imposing sanctions on Iran.
The resolution comes in reaction to Iran’s refusal to meet the UN’s August 31 deadline to suspend uranium enrichment.
Both Russia and China have substantial economic ties with Iran.
Lavrov said: “We are counting on … being able to come to a consensus decision in the UN Security Council that will prompt the Iranians to sit down to negotiations and provide active and full cooperation with the IAEA on all the remaining questions relating to Iran’s nuclear activity.”
Mahmoud Ahmadinejad, the Iranian president, said on Tuesday that possible sanctions would not stop Iran from pursuing its uranium enrichment programme.
Many Western governments believe Iran’s nuclear programme includes manufacturing nuclear weapons.
Iran has denied this, saying it is pursuing nuclear power for civilian purposes.
Source: News Agencies 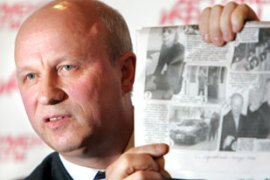 The United States raises the issue of a jailed Belarus politician, angering Russia. 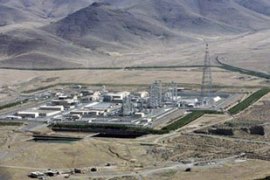 The IAEA rejects Iran’s request for technical assistance on its nuclear reactor.