Omar Shehadeh, a spokesman for Unicef, the UN’s children’s welfare agency, said he believed a two-year plan launched in 2004 to halt the practice had been successful.

Unicef has been helping the UAE to implement its 1993 ban on child jockeys and repatriate the boys involved.

Shehadeh said: “We’ve been doing spot checks. There are no more child jockeys on the race tracks.

“But if anyone has different information, we always welcome tips.”

The recent adoption of inexpensive robot jockeys has made it easier for owners and trainers to comply with the ban, he said.

The practice of boys racing camels survives elsewhere in the Gulf.

The Bedouin-inspired sport is popular in Saudi Arabia, Qatar and Kuwait, where the governments have also banned jockeys under the age of 18, but have not started repatriation programmes.

“The UAE is in the lead on this,” Shehadeh said. “We’re still in the process of talking to these other countries.”

Sending child jockeys home has proved difficult as it can take months to find their families, who often live in extreme poverty, Shehadeh said.

He said in most cases, the jockey’s family knowingly “sold” their children to people in the camel racing business.

Unicef is trying to ensure that the children will not be worse off by being sent home, nor be resold to the racing business.

Most jockeys came from Pakistan, Bangladesh, Mauritania and Sudan, he said.

“In some cases, the parents didn’t know what they were giving their kids up for,” Shehadeh said.

A handful of the 1,077 boy jockeys have not been able to find their families, he said.

In 2004, activists estimated that some 40,000 children were involved in the sport in the Gulf.

The Emirates’ cabinet, headed by Sheik Mohammed al-Maktoum, earmarked $9 million toward paying back wages and severance pay to ex-jockeys who had left the country.

Ex-jockeys will also receive health insurance and schooling under the programme, which already pays for temporary housing in their home countries until Unicef insures they can move home without being resold, Shehadeh said. 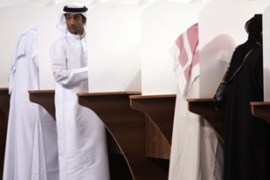 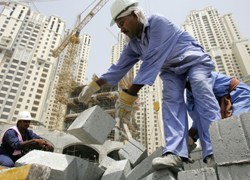 The United Arab Emirates has enacted a law punishing human trafficking with up to life imprisonment.