“The disadvantaged position of Muslim minorities, evidence of a rise in Islamophobia and concern over processes of alienation and radicalisation have triggered an intense debate in the European Union,” Beate Winkler, director of the Vienna-based group which compiled the study, wrote.

The report cited hundreds of reported cases of violence or threats against Muslims since 2004, including vandalism against mosques and Islamic centres, abuse of women wearing Islamic head scarves and physicals attacks, such as one on a Somali family in Denmark by a gang carrying baseball bats emblazoned with swastikas and racist slogans.

The report, however, noted that “data on religiously aggravated incidents is collected on a limited scale.” Only Britain publishes a hate-crime list that specifically identifies acts against Muslims.

“Muslims feel that acceptance by society is increasingly premised on ‘assimilation’ and the assumption that they should lose their Muslim identity,” Winkler wrote.

Since the September 11 attacks in the US many Muslims feel “they have been put under a general suspicion of terrorism,” she added.

That is a view supported by the dozens of polls and case studies in the 117-page report.

“A question I have heard many times is, ‘When are you going back?’ I say, ‘I was born in Rotterdam so where would I go?’ It’s a really painful question and makes you feel like a foreigner,” a Dutch Muslim woman said in the survey.

It found that Muslims frequently found themselves worse off than other religious groups.

“Available data shows that European Muslims are often disproportionately represented in areas with poorer housing conditions, while their educational achievement falls below average and their unemployment rates are higher than average.”

Interviewees agreed that Muslim women who wear headscarves found it hardest to get jobs, saying many employers feared they would drive away customers.

In France, people with purely French names were five times more likely to be invited to job interviews than those with Muslim-sounding names and similar qualifications, Winkler told a news conference.

In the Netherlands, some young Muslims said they had been placed in school classes segregated along ethnic lines because they were branded “foreign”, even though they were Dutch-born.

A German of Turkish heritage said a teacher described to his class how Ottoman forces once marched to the edge of Vienna.

Some Muslims complained that their community mosques were not addressing the issues that confronted them in secular European society, such as relationships, sexuality and drugs.

“The imams are not capable of giving us the right answers. They [say], ‘No, according to our tradition and culture you should not even think about joining a dinner or party.’ But they don’t realise that when you don’t do this, you are becoming a solo person not joining the group, so you will never join the group,” a young man in the Netherlands said. 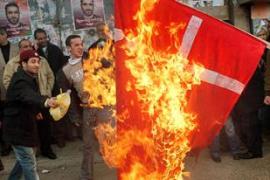 Unidentified attackers try to set fire to an Islamic cultural centre in Copenhagen. 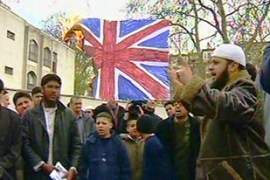 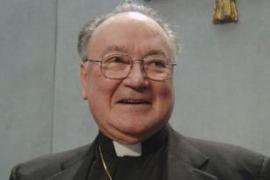 A cardinal says ‘guests’ must follow the laws of their host country, including the banning of veils. 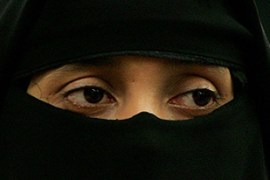