“Only a few of those arrested here are accused by the Justice Department of directly taking part in the Srebrenica killings, but all allegedly were in units that did,” the Post said.

Immigration and customs enforcement officials are using data supplied by the International Criminal Tribunal for the former Yugoslavia, located in The Hague.

Julie Myers, assistant secretary of homeland security for ICE, told the Post in a statement that her office “will not allow the United States to be a safe haven for those who failed to disclose their service in military forces that were known to commit atrocities”.

The Srebrenica massacre, in the final stages of the 1992-1995 Bosnian war, is considered Europe‘s worst war crime since World War II.

Previous immigration roundups led to the arrests of 24 Bosnian Serbs in Phoenix and Salt Lake City, Utah, in September 2005 and June 2006. 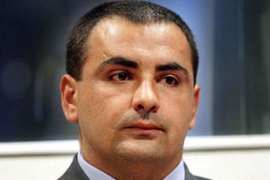