Despite the limitations, hundreds of candidates are running and even citizens excluded from casting ballots this time around say the young country of four million has to start somewhere.
One citizen, Lamees al-Hajri, who works in public relations, said: “We have not had polls before and I was not chosen to vote so I didn’t feel it much, but I hope it works so next time I can feel it.
“It’s not like we don’t want elections, but we have good education and good jobs here, so it is not like we cannot live without them either. For us, this is a very good start.”
The UAE, which includes booming trade hub Dubai, is the only Gulf state with no elected political body.
Calls for democracy
Though still ruled by dynasties, its neighbours have all had polls of some kind.
Kuwait allowed women to vote in parliamentary elections for the first time in June. Even the conservative kingdom of Saudi Arabia held limited municipal polls last year.
With the whole region reforming, the UAE could not stand still, said candidate Aisha Ibrahim Sultan, particularly as international calls for democracy in the Arab world grow.
In an affluent society with no open political dissent, it is the state, wary of being left behind, that is leading gradual change.
“There was a time in the UAE when the words election or nomination were taboo… Today, we use these words casually,” said Sultan.
“Politics in the UAE since its creation in 1971 have been slow… So electing half the council, with a view to universal suffrage, is the biggest step in the political life of the UAE.”
No legislative powers
Election officials say the polls, to be held on December 16, 18 and 20, are a trial run and all citizens in the UAE, an Opec oil producer, could have the vote in four years.
That would still exclude foreigners, who make up 80 per cent of the population.
Even in 2010, the polls will still be for half the council, which has no legislative powers.
Officials say its role will be expanded, but it is unlikely to gain legislative powers.
Legislative powers, however, are exactly what candidates such as Sultan would spend their potential tenure pushing for.
“My electoral programme says the first step we should take is to change the council from one that is only consultative and has no prerogatives to one that has legislative power,” she said. 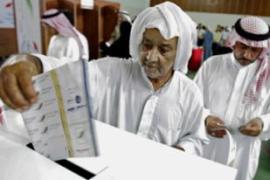 Polls close in Bahrain as voters flock to elect their second post-reform parliament. 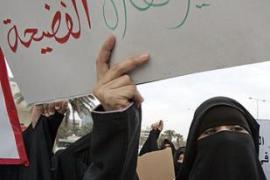