He described his grandfather as “a man who, at the height of the Cold War, defeated the Marxist government which tried to impose its totalitarian model, not through the ballot box, but through direct use of force”.

Referring to frequent attempts to bring Pinochet to trial, he said his family had been abused “by judges seeking to make a name for themselves rather than seeking justice”.

Some local media said the younger Pinochet had asked to leave the army, but an army source said this was not the case, at least not formally.

“He never made an official request. Maybe he talked about it but he never did it,” he said.

Four days after the death of Pinochet, who ruled Chile for 17 years and whose name became a byword for human rights abuses, arguments over his legacy showed no sign of abating.

Bachelet said the former dictator represented an era of “divisions, hatred and violence”.

Bachelet, who was tortured by Pinochet’s agents, called for reconciliation between right and left but acknowledged it would be difficult.

“With the history that Chile has, the pain is going to go on for a long time,” she told a news conference in her first public comments on the former dictator’s death.

As Chileans argued over the rights and wrongs of Pinochet’s 1973-1990 dictatorship, the general’s ashes were taken to a family chapel at their summer house on the coast southwest of Santiago.

He was cremated on Tuesday following a funeral at the college where he trained as a soldier.

Around 60,000 people filed past Pinochet’s body as it lay in state this week, and while most were supporters of the general, a few were not.

Police confirmed on Wednesday that Francisco Cuadrado Prats, the grandson of a well-known Pinochet opponent, had spat on the ex-dictator’s coffin. Cuadrado is the grandson of Carlos Prats, a Chilean general loyal to Allende who was assassinated by Pinochet’s men in the Argentine capital Buenos Aires in 1974.

Cuadrado was arrested but released without charge.

In total, 145 people were arrested between Sunday and Wednesday in incidents related to Pinochet’s death, the interior ministry said. Forty-seven police officers and 18 civilians were injured in clashes.

During Pinochet’s dictatorship, his forces killed around 3,000 government opponents and suspected dissidents. 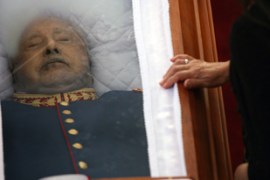 Generals packed the grounds of Santiago’s Military School to pay their last respects. 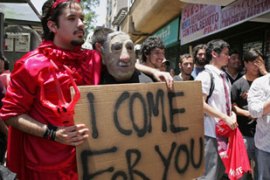 Chileans weep and celebrate at news of the death of General Pinochet.