The court referred to the US Treasury allegations that the charity’s local and Indonesian branches were helping to raise funds for al-Qaida and its allies.
A Philippine government probe subsequently found two local bank accounts belonging to the charity including an active account, which was the subject to the freeze order, said the court.
The US has also accused Abd Al Hamid Sulaiman Al-Mujil, the executive director of the charity’s Eastern Province branch in Saudi Arabia, of backing Islamic militants, according to the court’s written ruling.
The charity is on a UN sanctions committee listing of people and groups linked with Osama bin Laden, the Taliban and al-Qaida.
The court said that these were targets of the UN-endorsed sanctions that include the freezing of assets, travel bans and arms embargoes.
It added that a former member of the Abu Sayyaf rebels has alleged that the charity’s fund helped to finance terrorist operations.
Abu Sayyaf, which US intelligence says has links to al-Qaida, has been blamed for a series of kidnappings for ransom, beheadings and bombings in the Philippines. 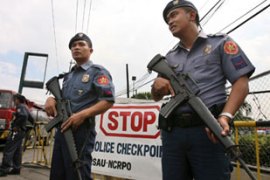 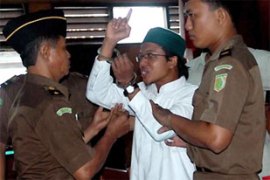 Court rules 25-year-old’s gun was to be used to train fighters.