Venezuela will deliver the generating plants to Nicaragua this month and they should be producing electricity within weeks, Rapaccioli told reporters.

Chavez’s energy deal with Ortega, who won the presidential election last month after 16 years in opposition, is one of a string of such deals the Venezuelan leader has made with allies in Latin America and the Caribbean.

In the 1980s, Ortega’s Sandinista government confiscated businesses and farms after toppling a US-backed dictator. Ortega now promotes a moderate socialist programme and says he has put his Marxist and militarist past behind him. 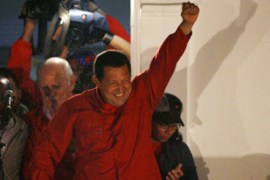 The Sandinista leader, Daniel Ortega, a former Marxist who fought a US-backed insurgency in the 1980s, has won Nicaragua’s presidential election. 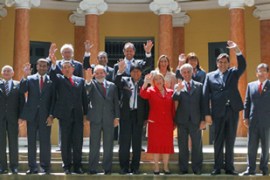 Presidents and envoys of 12 nations conclude a two-day summit in Bolivia.