Meanwhile, Wang Guangya, China’s UN ambassador who showed up for a separate Iran meeting among six key nations, told reporters that he had complained the session on a resolution imposing sanctions on Tehran had been rescheduled three times.

“So I asked for some respect,” Wang said. “Then our colleague from Russia joined and said he would get instructions on the issue” of Belarus. Then everyone left, Wang said.

Emyr Jones Parry, Britain’s UN ambassador, said: “It wasn’t the best timing by the US.“

Britain, France and Germany have revised a resolution backed by the United States that would impose sanctions on materials and technology that could be used in nuclear weapons, uranium reprocessing work and heavy-water reactors.

But Russia, which has veto power on the council, still objects to a travel ban and a freeze of assets of leading Iranian agencies, businesses and people involved in the country’s nuclear programme.

On Belarus, the United States raised the plight of Alexander Kozulin, one of two opposition figures to run against Alexander Lukashenko in his successful presidential re-election campaign in March.

He was jailed for five-and-a-half years for organising rallies after official results gave the president a landslide victory. Kozulin ended a 53-day hunger strike on Tuesday.

“This highlights the situation in Belarus, concerning the lack of democracy in the heart of Europe,” a US official said, speaking on condition of anonymity.

“We have never shied away from raising issues of fundamental freedom and political expression.”

The United States has imposed financial sanctions on Alexander Lukashenko, the president of Belarus, in response to what it called a fraudulent presidential election in March. 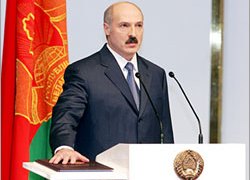 The European Union has frozen the assets of the president of Belarus and 35 other officials over a crackdown on opponents and irregularities  during his re-election in March.

The government of Belarus has come under renewed criticism from the West after it jailed the country’s leading opposition figure for 15 days.

Belarus cracks down on protesters

Black-clad riot police clubbed demonstrators as government opponents on Saturday marched in defiance of a show of force by Alexander Lukashenko, the president, that has drawn Western sanctions.