But Taro Aso, Japan’s foreign minister, said North Korea must prove that it has dismantled its nuclear programme.
“Without proof, we cannot easily trust that they abandoned the plan.”
Kim Myong Gil, a minister for North Korea’s mission to the UN in New York, confirmed on Tuesday that his country would participate in the talks.
In September last year, North Korea agreed to “abandon all nuclear weapons and existing nuclear programmes” in return for aid and security guarantees from the US and other countries.
But negotiations between North and South Korea, the US, Japan, Russia and host China broke down and on October 9 this year, Pyongyang tested a nuclear device for the first time.
North Korea agreed to rejoin talks just weeks after that.
Source: News Agencies 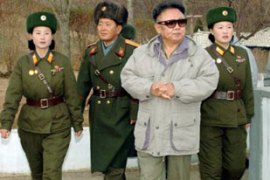 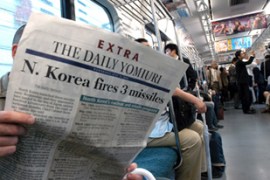