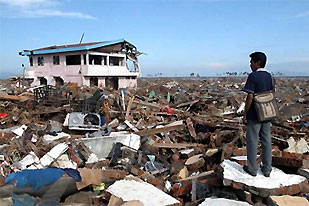 Two years on from the tsunami that wreaked devastation around the Indian ocean, survivors in Aceh are hoping that the province’s first elections will help bring an end to a dark period.

Many are for the first time facing the rainy season in proper housing. And aid agencies are starting to turn towards the next big challenge: trying to ensure that people are prepared for future tsunamis and quakes in one of the world’s most active tectonic zones.

“The tsunami was a colossal disaster,” says Bustari Mansyur, the chair of the Indonesian Red Cross/Red Crescent (PMI) in the regional capital, Banda Aceh. “We don’t really know how many people died, but we ourselves picked up 67,000 corpses, and we weren’t the only ones doing that.”

Estimates put the toll from the December 26, 2004 earthquake and tsunami at more than 200,000, with Indonesia alone accounting for more than half of those killed and Aceh hardest hit.

Three gigantic waves rolled out from the undersea earthquake, with the first hitting the coast of Aceh 15 minutes after the quake struck. Some villages on the coast were almost completely wiped out.

One of those helping in the task of clearing up after the tragedy was Hazami, from Aceh Jaya, one of the worst hit areas.

“On that day,” he says, “I had gone to the market, but when I went back home, I saw the whole area covered in water. My sister and nephew were under the sea. I don’t know how many died in my village, but maybe 30 per cent survived.”

Hazami’s response was typical of many survivors – he joined the rescue effort and is now a volunteer for the PMI. “I felt something was calling from my heart. I wanted to find my dead sister,” Hazami says.

“If the candidates who win fulfil their promises then this will be great. But if they are just loyal to their own group, then nothing will change”

There are still many missing, however. At the PMI headquarters in Banda Aceh, they keep three thick dossiers full of the names of those reported missing – yet know that these names are only part of what has been lost.

“Many of the dead were unrecognisable,” says Mansur. “So we buried them together, as no one could identify them and take them away. Today there are still many people who don’t know for sure if their brother or sister or husband or wife is dead.”

The sense of loss is enormous and widespread in Aceh, where almost everyone lost someone close. The tragedy also came on top of years of conflict between government forces and separatist fighters of the Free Aceh Movement (GAM).

Yusny Saby, of the Aceh Reintegration Agency, the official body established to try to ease former combatants back into the community, says that during the conflict, “it was very tough for people”.

“Everything was uncertain. People could be harassed or killed at any time.”

The 30-year conflict cost about 9,000 lives. Many thousands more were forced to flee their homes and the economic costs were enormous.

However, following the tsunami, GAM and the government signed a ground breaking peace deal in August 2005, which paved the way for local elections to be held on December 11 this year.

“The spirit of the voting is that there will be better times ahead.”

The elections, which are for the provincial governor and deputy governor, as well as for 19 district governments, will see a wide range of candidates, including several associated with GAM. 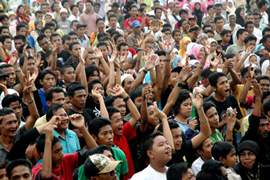 The guerrilla movement itself has meanwhile refrained from backing any particular candidate and has announced plans to form a political party after the balloting is over.

The elections are also being monitored by international bodies such as the European Union and by Indonesian non-governmental organisations.

Economics is the key concern for many of the tsunami survivors.

Zulkairnain, a former village head who now lives in a temporary housing camp near Banda Aceh’s sports stadium, says the focus now has to be livelihoods.

“People here have the skills, but they don’t have any capital to invest in ways of using them. It’s not good to wait for help from others – we need to be running our own businesses.”

International and Indonesian aid agencies are attempting to bolster the local economy, while also constructing the local infrastructure to support basic economic activity.

“So much was destroyed that it is going to take a long time to reconstruct,” says John Sparrow of the International Federation of the Red Cross and Red Crescent.

“Many of those who have employment here are employed in that reconstruction effort.”

The Red Cross/Red Crescent has so far built some 13,100 transitional shelters in Aceh and 1,753 permanent houses. In addition, they have also constructed 14 schools and 55 health centres. Yet with half a million people displaced by the tsunami, much remains to be done.

Many hope that the elections will be important in turning the region’s multiple problems around. However, it is all very much a matter of wait and see, says Mufizar.

“Considering people’s expectations, if the elections lead to a government here that can implement what needs to be done then this will be a major step forward. If it can’t, then the elections may even undermine the peace process.”

Among the thousands now living in temporary housing, there are similar concerns.

Says Zulkairnain: “If the candidates who win fulfil their promises then this will be great. But if they are just loyal to their own group, then nothing will change.” 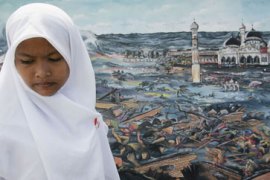 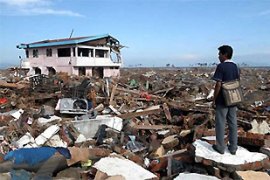