Carter said that debate had been stifled by the media and others.

“It’s almost a universal silence concerning anything that might be critical of current policies of the Israeli government,” he said.

Carter said he stands by his use of the “apartheid” and cited the fences, electric sensors and concrete slabs that Israel has built in the West Bank as an example of the divide.

“I think it’s worse, in many ways, than apartheid in South Africa,” Carter said.

The book follows the Israeli-Palestinian peace process, starting with Carter’s 1977-1980 presidency and the Camp David peace accord he negotiated between Israel and Egypt.

It blames Israel, the Palestinians, the US and many others, but it is most critical of Israel.

Stein, an Emory University professor, sent a letter to Carter claiming the book was “one-sided” and “is not based on unvarnished analysis; it is replete with factual errors, copied materials not cited, superficialities, glaring omissions, and simply invented segments.”

Carter said on Friday that Stein had not played a role in the Carter Centre in 13 years and that his post as a fellow was an honorary title.

He said: “When I decided to write this book, I didn’t even think about involving Ken, from ancient times, to come in and help.”

He added that the book had been vetted by Carter Centre staff and an unnamed “distinguished” reporter.

Carter, who won the Nobel Peace Prize in 2002, lamented the lack of discussion of Israeli policy in the US.

“There’s a tremendous intimidation in this country that has silenced our people. And it’s not just individuals, it’s not just folks who are running for office. It’s the news media as well,” he said.

Carter, who has led efforts to monitor several elections in the Palestinian Territories since leaving office, said bringing peace to the Middle East is the most important commitment in his public life.
Source : News Agencies 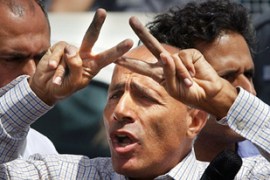 Jewish state to remain quiet despite a top US official calling it a “nuclear power”.