“Judging by the placement of the bodies, they really tried to get out,” he said.

Rescue operations at the hospital were also made more difficult by the unit’s windows being barred and the exit at one end of the building being locked, Russian officials said.

Yevgeny Bobylyov, a fire department spokesman, said that investigators were still working at the site of Hospital Number 17 in southern Moscow but that it was already clear that the first call to the fire department – around 01:30am local time – had come very late.

“The hospital personnel worked very badly, they did not take steps to evacuate people in the early stages of the fire,” he added.

Nenashev said that fire inspectors had visited the hospital twice, in February and March, and had recommended its temporary closure after the second visit because of fire safety violations.

Experts say fire fatalities have soared since the collapse of the Soviet Union, in part because of lower public vigilance and a disregard for safety standards.

It was the worst fire to break out in Moscow in three years, and emergency response officials have ordered that all health facilities in the city be inspected for fire safety compliance, Russian news agencies reported.

Itar-Tass news agency said that the area of the fire was comparatively small, about 100 square metres, but that people had died from the heavy concentration of smoke.

Firefighters used 20 fire engines to extinguish the fire in a two-hour operation. 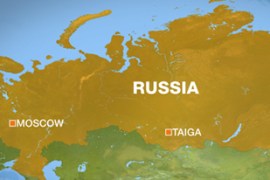 At least eight die in a fire at a Russian clinic.