Ethiopia is distributing 20 million mosquito nets as part of Africa’s biggest project to tackle malaria – giving every family at risk a chance to fight off the deadly disease.

Al Jazeera visited south-eastern Ethiopia where we met villagers who had walked for miles to pick up free mosquito nets.

The United Nation’s childrens’ fund believes that the nets could save more than 70,000 lives a year but delivering them is a major logistical tasks. Most roads in the region are little more than rough tracks that are often virtually impassible.

But so far the $130 million operation is on schedule and every family in Ethiopia that needs a mosquito net should have one by the end of 2007.

“Scientists have shown over and over again that the majority of infections occur from bites starting after eight o’clock at night up to about three or four in the morning,” Rory Nefdt, Unicef malaria project officer in Ethiopia, said.

“We know you can’t stop bites occuring with nets but we can reduce it substantially,” he added.

When the villagers collected the nets they were dipped in an inceticide which lasts for about three years, after that they will need to return to get the net treated again. Most families get two nets but the priority is to distribute them to pregnant mothers and young children.

In the village of Warabo we met Ebraheim Adem, a farmer, who knows the agony that malaria can cause. Like most families, Ebraheim, his wife and children have all had the disease. Two years ago his sister and her children died from it.

Ebraheim’s wife is pregnant with their third child and is desperate to protect her children from malaria.

“I am a mother and it breaks my heart to see my children shivering with this fever. I was so worried I took them to the health centre,” Tuba Adem told Al Jazeera.

Ethiopia suffers even more from malaria than other African countries because of its unpredictable weather.

Torrential rains can prompt a malaria epidemic that could bring an extra six million cases of the disease in a few months. That is in addition to the nine million people who suffer from malaria in a normal year.

But so far Unicef believes that Ethiopians are listening to the warnings and sleeping under their new nets.

Almost half of Ethiopia’s population is under 14 years old and something as effective as a mosquito net combined with new anti-malarial drugs will go a long to ensure that most of them survive into adulthood. 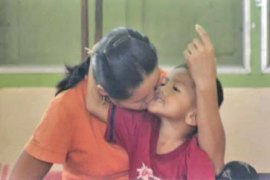 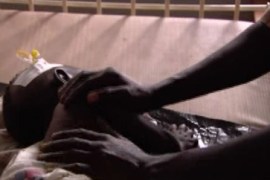 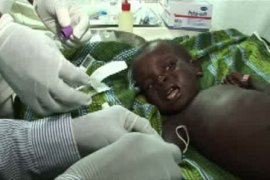