Governments, particularly the US and European Union, want China to widen access to its domestic market and loosen exchange controls to help reduce the imbalance.

According to the latest statistics Chinese exports grew by 27.5 per cent in November, outpacing imports which grew by 20.5 per cent. 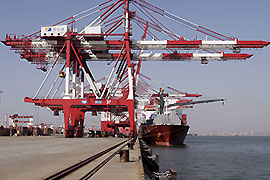 Economists had been forecasting a surge in China’s trade surplus on the back of government efforts to slow China’s fast-growing economy.

Investment controls in the automotive sector, textiles and other industries have dampened demands for imports of foreign equipment and raw materials.

But at the same time foreign demand for cheap Chinese exports has continued rising, causing China’s foreign exchange reserves to break through the $1 trillion mark earlier this year.

That in turn has fuelled an investment boom which, if left unchecked, the government fears could lead to an overheating of the economy and a dangerous slump. 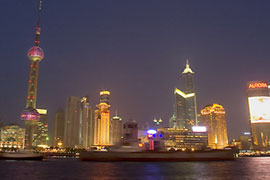 The government is worried
China’s economy may overheat

The release of the latest surplus figures came as planners meeting in Beijing this week called for increased efforts to pull the economy back from years of double-digit growth.

According to state media, the meeting of the Central Economic Work Conference set a growth rate of 8 per cent for 2007, well below recent figures.

For the first nine months of this year China’s economy grew by 10.7 per cent, despite existing government efforts at tightening growth.

Although rapid expansion is seen as they key to bringing millions of Chinese out of poverty, officials are worried that an uncontrolled boom in property development and bank lending could lay the ground for a financial crisis, leaving banks and companies burdened with billions of dollars in bad debts.