Kabila won the vote largely due to his massive support in the east, where his fellow Swahili speakers credit him with ushering in the peace plan that brought Congo’s 1998-2003 war to an end.

The 35-year-old has been president since 2001 when he took over after his father was assassinated.

The ceremony was held outside a courthouse which was set on fire two weeks ago when fighting broke out among Bemba supporters who had gathered to there back their candidate’s unsuccessful legal challenge of the election results.

Kabila has pledged to be the leader “of all the people, without distinction”, but controlling the various armed groups in the east could be his most significant challenge.

Tabaro Kiconco, the army spokesman for western Uganda, told Reuters news agency on Wednesday: “Yesterday, after that fighting started, over 12,000 refugees fled to the Ugandan side and are currently camped in two places.”

He said refugees would have to register with the local authorities to be allowed to stay.

“The refugees must identify themselves so we know they are not a security threat.”
Clashes in the east

The fighting broke out last month when forces led by General Laurent Nkunda attacked government soldiers near the town of Sake.

UN peacekeepers became involved and more than 150 rebels were killed as they used helicopter gunships, heavy weapons and armoured vehicles to fight back the offensive.

Colonel Delphin Kahimbi, deputy head of the Congolese army in North Kivu province, told Reuters on Tuesday: “We are still finding bodies, but so far we have found more than 150.

“They [the rebels] were hit hard by the UN’s helicopters and tanks.”

Indian UN soldiers were forced to fight after poorly equipped and disorganised government troops withdrew during attacks by the rebels, who were threatening the town of Goma.

Colonel Bernard Byamungu, Nkunda’s operations commander, and Dieudonne Kabika, the secretary-general of his political movement, surrendered along with nine other fighters to the UN.

A senior UN officer described Byamungu’s surrender as “a huge catch” and he was handed over to government forces. 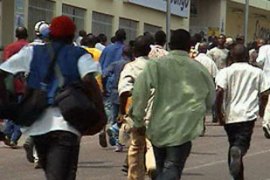 A challenge to the outcome of the presidential vote in DR Congo is rejected. 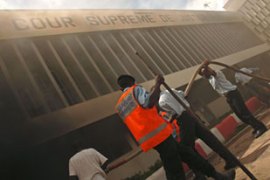 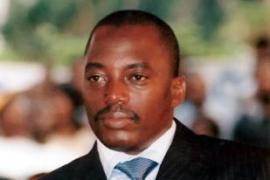 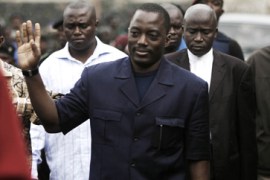 For his age, Joseph Kabila has risen exceptionally high in life.