The ruling had been anxiously awaited in Kinshasa, where Bemba supporters rioted last week outside the supreme court to protest against results from electoral authorities who had provisionally declared Kabila the winner.
The run-off was the culmination of Democratic Republic of Congo’s first free polls in more than 40 decades, aimed at ending years of war, dictatorship and chaos in the former Belgian colony in central Africa.
Lawyers for Bemba boycotted the court hearing after the tribunal rejected their request to reopen the debate over the election result.
Gunbattles
Moise Musangana, Bemba’s spokesman, said before the announcement: “This is a decision that will be taken without a real debate, so there is no point in our being there.”
Last week’s riot followed gunbattles in the streets of the capital earlier this month and in August between Kabila’s and Bemba’s soldiers.
The supreme court building was set on fire and damaged during the riot.
Security had been tightened in Kinshasa by UN and European Union peacekeepers who form the world’s biggest international peacekeeping force deployed in Congo.
The peacekeepers have been protecting a peace process which ended a 1998-2003 war.
The humanitarian crisis created by the conflict has already killed about four million people through violence, hunger and disease.
Source : News Agencies 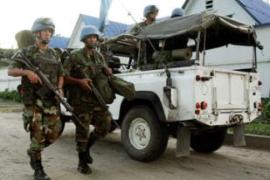 The supreme court in capital Kinshasa is set on fire. 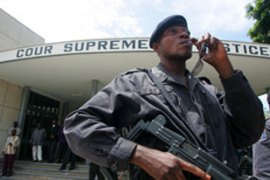 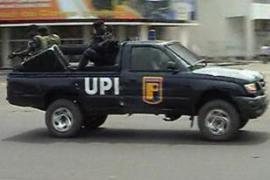 Jean-Pierre Bemba, defeated in DR Congo’s election, is to contest the result.