In a last statement, Litvinenko, an outspoken critic of Vladimir Putin, the Russian president, accused the Kremlin chief of ordering his killing.

On Friday, three pathologists wearing protective suits to guard against radiation carried out a post-mortem on Litvinenko at the Royal London Hospital.

A British health service source said that Scaramella was also admitted to a London hospital on Friday.

Scaramella was involved in an Italian parliamentary inquiry into the activities of the Russian secret services.

Later during the day, the health authorities said an adult relative of Litvenenko had also been exposed to a small level of the same radioactive toxin.

The result of a urine sample has “shown that the adult family member has been exposed to some polonium-210”, the health protection agency said.

“The levels are not significant enough to result in any illness in the short term and the results are reassuring in that any increased risk in the long term is likely to be very small,” it said in a statement.

The agency declined to identify the family member.

Other sources identified the relative as Litvinenko’s wife, Marina.

The Daily Telegraph newspaper claims that British nuclear experts have identified the polonium 210  as man-made and that a Russian nuclear reactor was the probable  source.

Meanwhile, Moscow has rejected allegations of its involvement as ridiculous and has promised to help the British probe, although Sergei Lavrov, the foreign minister, said no formal inquiries had yet been received.

The Guardian newspaper said it had been told that the radioactive dose Litvinenko received could have killed him 100 times over and would have cost as much as 20 million pounds ($39.6 million) to acquire.

Doctors said late on Friday that Scaramella was “well” and not showing any signs of radiation poisoning but several British  newspapers on Saturday gave a more serious assessment of the Italian academic’s condition.

The tabloid Daily Mirror quoted an unnamed police source as saying: “Doctors have assessed that his chances of survival at virtually nil. They think he will now become progressively more ill and die.

“They say it will be a miracle if he lives much longer. It looks like we are going to have a second murder on our hands.”

Britain faces a major challenge to reassure the public after traces of radiation were found at 12 sites and aboard planes which have carried more than 33,000 passengers in the past month

The Daily Mail also quoted unnamed sources as  saying Scaramella’s condition was “life threatening” while The Sun tabloid said he was “dangerously ill” after inhaling polonium 210 from Litvenenko’s poisoned food.

A number of newspapers said the symptoms may take several weeks to develop.

As Scaramella’s partner left Naples for London to be at his  bedside and have tests, the Daily Telegraph published what it said was the memo Scaramella showed the former Federal Security Services (FSB) agent at the central London sushi bar.

It claimed Russian secret service agents and a veterans group  called Dignity and Honour, run by a Colonel Velentin Velichko, were  trying to kill off the “enemy No 1 of Russia” Boris Berezovsky and his “companion in arms” Litvinenko.

The memo also referred to Scaramella and Paolo Guzzanti, the Italian senator and chairman of the Mitrokhin commission on alleged KGB activities in Italy during the Cold War.

“Names of MS and PG are often mentioned in confidential talks of  intelligence officers of Russia who work in SVR (a successor to the  KGB), Kremlin and ‘SVR veterans’ association Dignity and Honour’ (headed by acting SVR colonel Velichko,” the memo said, according to the newspaper.

“Above mentioned Russian intelligence officers speak more and  more about necessity to use force against PG and MS, considering their ‘incessant anti-Russian activities’ as well as Berezovsky and Litvinenko.”

The memo further said “an agent who works with Velichko’s deputy has a local network of KGB agents at his disposal and prepares ‘final act’  (could be serious provocation or even assassination)”.

The memo was written by Yevgeny Limarev, whose father was a KGB  agent in the 1970s and who now lives in Switzerland specialising in  researching such groups, the newspaper said.

The memo also accuses the group of involvement in the death of  the Russian investigative journalist Anna Politkovskaya, who was  killed outside her Moscow apartment in October, it added.

It also focused on a second email Scaramella is said to have shown Litvinenko, identifying an officer in Russia’s Spetsnaz special forces as an alleged assassin.

He was said to have black hair, a lean build and “speaks well English and Portuguese, is master in judo”.

The agent, who was said to be slightly lame in his right leg, was reportedly on a reconnaissance mission in Naples.

Litvinenko is said to have laughed the claims off but promised to check the information, according to the newspaper, which interviewed Scaramella last week.

Meanwhile, a British Airways Boeing 767 passenger jet that was  grounded in Moscow this week amid fears of possible contamination was set to be examined.

The plane flew back into London’s main Heathrow airport on Friday night and was taken to BA’s engineering base alongside two other 767s that have also been impounded.

Britain has also faced a major challenge to reassure the public after traces of radiation were found at 12 sites and aboard planes which have carried more than 33,000 passengers in the past month, many flying between London and Moscow.

Authorities say polonium is not dangerous unless swallowed, inhaled or absorbed through a wound. 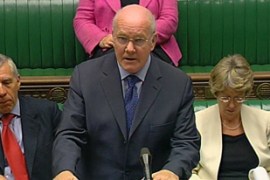