China’s ruling Communist Party has begun a crackdown on official corruption, which the party has warned is so widespread that it could damage the party’s credibility.

Passing sentence against Zhou, the court also confiscated his property and sentenced five co-defendants to terms of between three and five years. 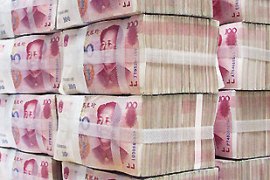 Cases of fraud soar on the back of China’s free-wheeling market economy.