Bias alleged
The action by the alliance led by Sheikh Hasina, head of the Awami League, is to press for the removal of election officials it accuses of bias towards Begum Khaleda Zia – who ended her five-year term as prime minister in late October – and her Bangladesh Nationalist Party [BNP].
Thousands of alliance activists on Wednesday surrounded Bangladesh’s main administrative secretariat in Dhaka, choking streets and preventing officials from going in or out.
“It’s a total gherao [siege] of the secretariat,” one witness said, adding that authorities deployed hundreds of riot police to try to prevent trouble.
Animosity between Khaleda and Hasina runs high and the two women have not spoken to each other for about a decade.
Source : News Agencies 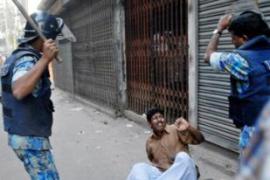 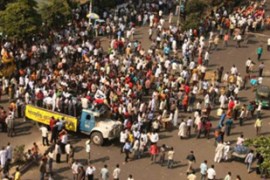