In a related development on Wednesday, an appeals court in Xinjiang upheld a lower court’s sentencing of five coal mine managers and technicians in June.

They were jailed three to six years for causing 83 deaths in a gas blast last year. 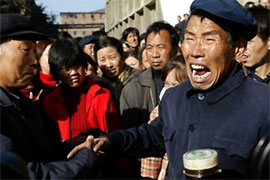 Relatives of the mine victims
seen in this file picture

On Wednesday, 11 miners were killed in a gas explosion in Gansu province, which neighbours Shaanxi.

The authorities have yet to ascertain the number of those still trapped.

Four coal mine accidents occurred across China over the weekend leaving at least 85 dead. 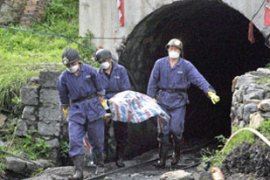 China mine owners under fire

Scores die in China mine blasts