Javier Solana, the EU foreign policy chief, said: “It has been a very good meeting, contrary to public expectation.”

Vladimir Putin, Russia’s president, said Moscow would wait for the EU to solve the problem of the Polish veto and then begin partnership talks, though he also chided the bloc for failing to speak with a single voice on the issue.

Moscow banned imports of meat from Poland over concerns the country was being used to smuggle unsafe meat from elsewhere.

Poland’s veto on the launch of partnership talks exasperated some EU governments who are keen to present a united front to Russia, the bloc’s biggest energy supplier.

But EU chiefs and Putin made light of the issue at the close of the summit.

Putin said he had no problem with Polish meat: “Polish producers are good at their craft.”

Jose Manuel Barroso, the European commission president, said: “Maybe since everyone agrees Polish meat is so good, at the next summit we can have a good Polish steak during lunch.”

Putin made no mention of an earlier threat to escalate the row with Poland by banning all EU meat imports.

No progress was made on a core difference in EU-Russia relations, access to each other’s energy markets.

Brussels is pressing Russia to open up its gas sector, which is controlled by state monopoly Gazprom.

Putin made clear that was not an imminent prospect, however much the EU pushes for it.

He said decisions about the future of Gazprom are “exclusively the competence of the Russian Federation and no one can take that decision for us.” 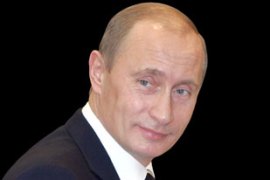 EU tries to find a diplomatic solution that would secure Russian energy supplies. 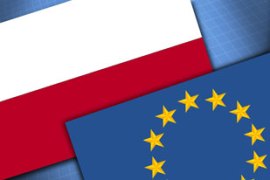 Energy-supply row threatens co-operation talks between the EU and Moscow.