Cheney was met in Riyadh by Crown Prince Sultan, government ministers and leaders of the Saudi armed forces, before travelling to the US embassy in the Saudi capital and the monarch’s palace.

On Thursday, more than 200 people were killed in a Shia neighbourhood in the Iraqi capital, prompting a new political crisis ahead of next week’s talks in Jordan between Nuri al-Maliki, the Iraqi president, and George Bush, the US president.

Other developments in Iran, Lebanon and the Palestinian territories have added to instability in the Middle East and were expected to be on the agenda of Cheney’s talks with Abdullah.

Edmund Ghareeb of American University in Washington told Al Jazeera: “Saudi Arabia has connections with a number of regional players, so probably the United States is going to focus on Saudi Arabia, maybe providing financial assistance to help with the reconstruction in Iraq as well as the political contacts.”

It was also expected that Iran‘s nuclear programme, which the US and some of its Western allies believe aims to produce an atomic weapon, would be discussed. Iran has denied the accusations.

Adel Darwish, the associate editor of Middle East magazine, told Al Jazeera that Saudi Arabia is instrumental in the US’ bid to keep a check on Iran’s nuclear capability.

He said: “[The US] would need the Saudis on board. They are the biggest Muslim Sunni influence in the Muslim world to counter-balance the Iranian [Shia] influence. There is worry in Saudi Arabia about Iran’s nuclear programme.”

The US denied reports that Cheney had visited Iraq earlier in the week. 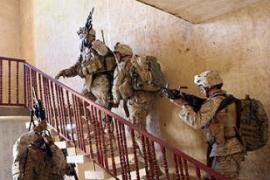 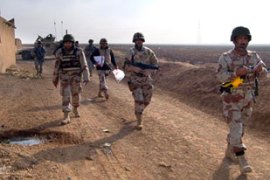 Bodies of 21 males found near Baghdad as Sunni and Shia clerics trade accusations. 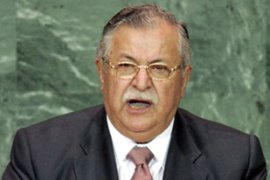 The Iraqi president puts off his talks with neighbouring Iran after violence engulfs the country. 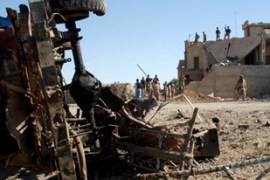