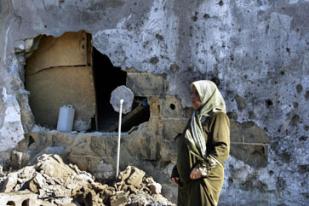 Hamas was elected to power in Palestinian parliamentary elections in January, taking 76 of the 132 seats in the chamber, while its main rival Fatah took 43.

In June, Mahmoud Abbas, president of the Palestinian national authority and leader of Fatah, called for a referendum on recognition of Israel if an impasse with Hamas persisted.

Since then, a deterioration in relations between the two groups has led to the death of several Palestinians.

Hamas refuses to recognise Israel, and in response the US and EU have cut aid to Palestinians  until the organisation reverses this stance, gives up armed struggle and accepts past deals signed between the Palestinian authority and Israel.

Israel has frozen tax revenues to the authority, amounting to $52 million a month, and has closed Palestinian borders, leading to shortages in food and medicine and a halt in exports.

About 130,000 Palestinian public servants are still waiting for their salaries.

In July, an Israeli soldier was captured by armed Palestinian factions and Israel retaliated with an offensive into the Gaza Strip.

More than 350 Palestinians have been killed in Gaza by the Israeli army in the past five months.

Al Jazeera spoke to Palestinians in Gaza about their views on the situation, asking how they are surviving the economic embargo and how they feel that the Palestinian factions should overcome their differences. 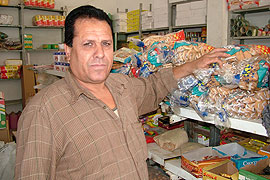 “The unemployment rate has been high [in Gaza] for six years”

“The current situation in the country is so bad, no money, no food and no security. People can’t pay us for the goods they buy.

“Though, I don’t see a great change took place after Hamas took office. The unemployment rate has been high for six years.

“The only backward step is the delay of the salaries of the Palestinian authority workers which paralysed the economic situation completely beside the original high rate of unemployment.

“I tell the government to do whatever it sees suitable without having to return to the people again after they have elected them.” 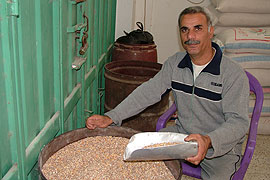 “The bad economic situation … has resulted in the security chaos”

“The current situation is bad in general. I myself was a builder, but I have been without work for two years.

“I see that the bad economic situation, which has resulted in the security chaos, is a result of the international siege practised against the current government.

“The new government isn’t responsible for the terrible current situation in the life of the Palestinians, it is Israel and the international community which practises a strict siege against it.

“However, I don’t agree with those who call for the recognition of Israel to solve the problem. This is just a dream since the previous government recognised Israel and got no benefits.” 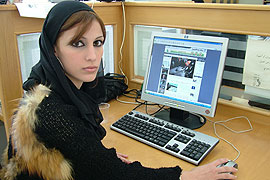 “What makes the current situation distinctive is the unstable security and fear of every side in our life.

“It is clear that the main cause is the loss of salaries and economical decline.

“However, the Hamas government isn’t the reason.

“My advice for the government is to work hard for a national unity government and to persuade as many of the Palestinian parties as possible to share in it in order to unite the Palestinians and make their stance more steadfast against the oppressive international demands.

“I also advise the Palestinians to be more patient as I am sure that the government does its best for the sake of them. I call for the current government not to recognise Israel whatsoever. I highly respect the Hamas movement because of its wonderful stubbornness on this principle.”

Rahma Sarsour, 60, whose husband, son and son-in-law have been killed by Israeli forces 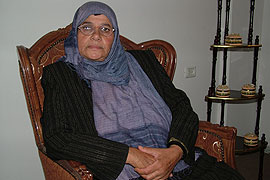 “I think that the change of ruling power is good for the Palestinians, but the plight that came with this change isn’t the fault of the new government.

“It is the fault of the Arab leaders.

“I call for the government to carry on in its Islamic policy and not to give up hope of prosperity. We will continue with it till we die or achieve victory.

“I am against the recognition of Israel as a solution to our problems, but support a unity government which may lead to a united Palestinian nation.” 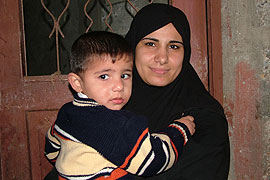 “The world has abandoned us”

“We live a life that is unenviable. Severe hunger, security chaos from the inside and savage Israeli invasion from the outside. The world has abandoned us.

“The Hamas government took office at the beginning of this year through a democratic election, but the so-called democratic world ignored the result of the elections.

“I don’t believe in a national unity government nor a technocratic one. People have elected Hamas according to its programme, so it must take the opportunity to implement it. If the elected party doesn’t do that, it will betray the people who elected it.” 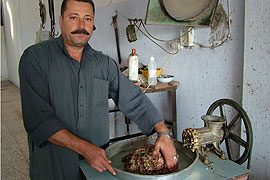 “Palestinians have been suffering for many years and this increased after the coming of the Hamas government.

“However, the new government isn’t to blame for the increase in our misery.

“I am against the recognition of Israel at all.

“I think that the unity government may be a successful solution for our cause as it can bring together all the Palestinian parties.” 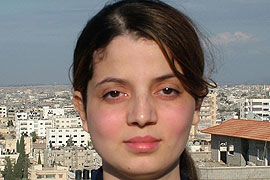 “Dignity with hunger is better than
humiliation with food”

“The current social, economic and psychological situation is bad in our country nowadays.

“But I am sure that the reason is the international siege imposed on the government as well as Israeli military action. Palestinians want a change, so they have chosen a new party to rule them.

“I advise the government not to be defeated in the face of international and Israeli pressure since dignity with hunger is better than humiliation with food.

“If the government recognised Israel, our achievements over the last 50 years ago will be in vain. I am against a technocratic government and support the national unity one as it can bring together all the Palestinian parties at the same table.”