More than 100 people have been killed in Iraq over the past 24 hours.

British and Iraqi forces raided homes in southern Iraq on Monday and arrested four suspects in the kidnapping of four American security guards and their Austrian co-worker.

The raid which began late on Sunday and ended early Monday morning, took place in Zubair, a mostly Sunni Arab enclave about 30 kilometres south of Basra.

The five men have been missing since Thursday when a large convoy of trucks being escorted by their security company was hijacked on a road near Safwan, a largely Sunni Arab city of 200,000 people on the Kuwait border.

Men dressed in Iraqi police uniforms ambushed the convoy, taking 19 trucks and 14 hostages. Nine of the hostages were later released but the five security guards are still unaccounted for.

In another development, police recovered 14 corpses from the southern outskirts of Baghdad on Monday.

The men, reported to be Sunnis, had been kidnapped, tortured and killed, a security source said.

He said the men had been “kidnapped last night as a retaliation” for car bombings in the largely Shia Al-Mashtel neighbourhood of Baghdad that left 10 people dead on Sunday.

He said: “We are expecting some more bodies as reports are that many Sunni Arabs were kidnapped from their homes in Arab Jubur last night by militiamen.”

The US military has announced the death of two more US troops, taking its losses since the invasion to 2,861, according to an AFP count based on Pentagon figures. 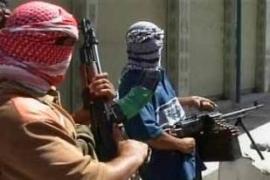 Inside the Islamic Army of Iraq

The Islamic Army of Iraq is continuing its campaign against US forces. 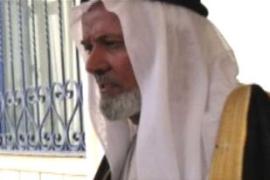