Government censors blocked access to the English and Chinese versions of Wikipedia in October last year, apparently out of concern about entries touching on areas sensitive to the country such as Tibet and Taiwan.

Andrew Lih, a Beijing-based researcher who is writing a book about Wikipedia, said the number of new registered users on the Chinese version has jumped to an average of 1,200 to 1,300 a day.

This was more than a threefold increase from 300 to 400 a day before the ban was lifted on or around November 9.

Lih said: “And that’s just the number of registered users. The number of people in China who are reading Wikipedia but don’t register is much, much higher.”

However, some Wikipedia content remained reportedly blocked, such as articles about the 1989 Tiananmen Square military crackdown on democracy protesters.

Some experts have expressed skepticism over the Chinese government’s unannounced lifting of the ban on the popular site, saying it may only be temporary.

Unlike Wikipedia, other Internet giants such as Google, Yahoo and Microsoft have been criticised by human rights groups who say the companies have helped the Chinese government restrict information and crack down on dissidents.

Jonathan Zittrain, professor of internet governance and regulation at Britain’s Oxford University, said Wikipedia’s user-contributed, egalitarian set up made it less easy for governments to pressure it into compliance.

He said: “Wikipedia’s service and non-profit business model have the benefit of requiring no physical footprint in China, so there are no onsite engineers who could bear the brunt of state pressure, or business and advertising relationships that can sour.”

A co-founder of Google has admitted the internet company compromised its principles by agreeing to censor its Chinese site. 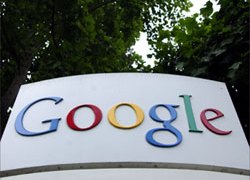 Web search leader Google Inc has said that it was introducing a new service for China that seeks to avoid a confrontation with the government by restricting access to services to which users contribute such as emails, chat rooms and blogs.