“Despite having absorbed heavy combat losses in 2006, the insurgency has strengthened its capabilities and influence with its core base of Pashtun communities,” Maples told the Senate Armed Services Committee.
At the same time, a Nato official said that the number of insurgent attacks have fallen in the past month, while a UN Security Council delegation said more international support is needed to strengthen local security forces in the war-torn country.

General Michael Hayden, the head of the Central Intelligence Agency, in his testimony emphasised the need to continue supporting the government of Hamid Karzai, the Afghan president.

“Kabul needs help because it lacks capacity, not because it  lacks political will or lacks support. President Karzai understands this and recognises his government’s responsibility,” he said.

Separately, Gordon O’Connor, the Canadian defence minister, said on Wednesday that Nato needs another 1,500 troops for its Afghanistan mission and so far does not know which members of the alliance will supply them.

Most recently, Poland pledged another 1,000 personnel to help quell a revived Taliban insurgency, 40 per cent of what the Nato’s top commander called for in September. The force currently numbers more than 30,000.

O’Connor said he does not know what countries will supply the extra troops, but pointed out Nato defence staff chiefs were meeting in Brussels and suggested more might be decided there.

One thing that is certain, however, is Canada will not provide the extra personnel, O’Connor said. The country has about 2,500 troops in Kandahar province.

“We’ve just sent 450 soldiers over there, so we’re doing our part,” he said after giving a speech to a business audience.

He said attacks by Taliban have eased in the past two weeks, partly because many of the leaders were killed in recent fierce fighting in the Kandahar area. 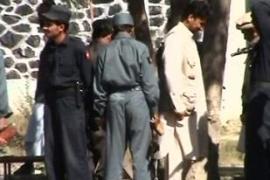