The breakaway group split from the northern-based Tamil Tigers in 2004.

A fifth Tamil, a friend of the students who visited the area, was also said to have been abducted.

TamilNet supports Tamil fighters in the country and there has been no independent confirmation of the incident.

The Sri Lankan military has said the UN allegations of abductions were “completely misleading” and “deserve a deep sense of revulsion and explanation in view of their serious nature and repercussions”.

It denied any involvement with the breakaway group.

The UN said the rebel faction has abducted 135 children since May in Batticaloa, with “evidence that this trend is accelerating”.

The UN comments followed a 10-day observation mission by Allan Rock, adviser to the UN special representative for children and armed conflict on Sri Lanka.

The Tigers, fighting for a separate homeland for Sri Lanka’s minority ethnic Tamils, split in 2004 when a powerful rebel leader from the east, known as Karuna, broke away from the group. He took about 6,000 fighters with him.

The Tigers have vowed to crush Karuna’s faction, but it remains active in the east, where it has been known to attack the Tigers. 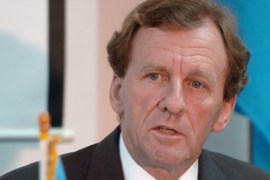