Khan said on Wednesday that the allegation was “finger pointing” and counterproductive and the new panel would provide a better forum in which to discuss such issues.

“We thought this was simply levelling allegations and not co-operation,” Khan said.

Shiv Shankar Menon, India’s foreign minister, will hold a separate press conference on Wednesday. The two sides are then expected to issue a joint statement detailing the talks.

Khan said that there were no breakthroughs on other contentious issues, such as troop levels on the disputed Siachen glacier in Kashmir.

Islamabad wants India to reduce troop levels in Kashmir but India insists the process can start only after Pakistani posts are authenticated.

The Indian army has also shied away from reducing troop numbers.

The two countries have fought two of their three wars over Kashmir since independence in 1947.

India accuses Pakistan of backing Islamic militants waging an insurgency that has claimed at least 44,000 lives since 1989. Pakistan denies that it arms or trains the militants. 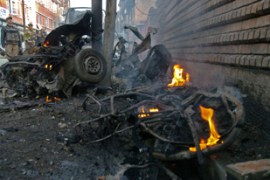 A Pakistani court has ordered the release of the founder of an Islamist militant group blamed by India for carrying out the Mumbai train bombings in July in which 186 people died.

India and Pakistan have agreed to restart peace talks following a meeting between the leaders of the two nations at the Non-Aligned Movement summit in Cuba.