The Taliban announced a new government on Tuesday amid protests from Afghans over women’s rights and free speech.

A growing number of protests have emerged across the country over the past week, with many Afghans fearful of a repeat of the Taliban’s previous reign between 1996 and 2001.

Hundreds gathered at several rallies in Kabul on Tuesday, where Taliban guards fired shots to disperse the crowds.

In Herat, hundreds marched, unfurling banners and waving the Afghan flag – printed in the vertical tricolours of black, red and green with the national emblem overlaid in white – with some chanting “freedom”.

Later, two bodies were brought to the city’s central hospital from the site of the protest, a doctor in Herat told the AFP news agency on condition of anonymity for fear of reprisals.

“They all have bullet wounds,” he said.

Demonstrations have also been held in smaller cities in recent days, where women have demanded their rights.

The Taliban spokesman on Tuesday warned the public against taking to the streets, adding that journalists should not cover any demonstrations.

The group – which executed people in stadiums and chopped off the hands of thieves in the 1990s – has said it would not stand for any resistance against its rule.

Washington, which has said it is in “no rush” to recognise the new government, expressed concern on Tuesday about its members but said it would judge it by its actions.

“We note the announced list of names consists exclusively of individuals who are members of the Taliban or their close associates and no women. We also are concerned by the affiliations and track records of some of the individuals,” a State Department spokesperson said.

“We understand that the Taliban has presented this as a caretaker cabinet. However, we will judge the Taliban by its actions, not words.” 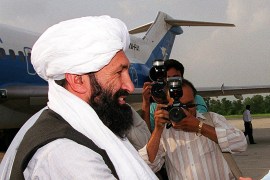 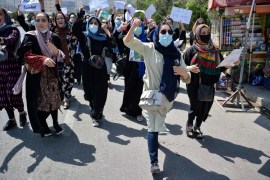 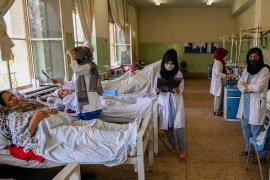 Call for funding as thousands of health centres and NGOs face closure affecting millions of Afghans. 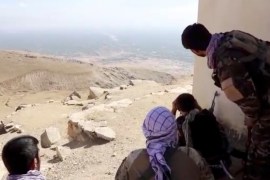