Tens of thousands of demonstrators have flooded the streets in Brazil in a show of support on Independence Day for President Jair Bolsonaro, who is locked in an all-out political battle with institutions including the Supreme Court.

Anti-Bolsonaro protesters also gathered for huge demonstrations in cities across the country on Tuesday, making the annual national day festivities a high-risk event, with a little more than a year to go to elections that polls currently put the far-right president on track to lose.

Bolsonaro, whose popularity is at an all-time low, is seeking to fire up his base and flex his political muscle in the face of a flagging economy, soaring unemployment and inflation, and a series of investigations targeting him and his inner circle.

With hardline supporters urging a military intervention to give Bolsonaro unfettered power, there are fears the day’s rallies could turn violent, with echoes of the January 6 attack on the US Capitol in support of former president Donald Trump – to whom Bolsonaro is often compared.

“This is a day for the Brazilian people, who will tell us which way to go,” Bolsonaro said in brief comments outside the presidential residence, where he kicked off the day’s events presiding over a flag-raising ceremony and military show of strength complete with air force flyover, paratroop landing and special forces display.

The Supreme Court has notably ordered an investigation of Bolsonaro and his inner circle over allegations of systematically spreading fake news from within the government.

Bolsonaro, 66, has declared an all-out political war on justices he believes are hostile.

The president also faces a Senate inquiry into his government’s widely criticised handling of COVID-19, which has claimed more than 580,000 lives in Brazil, second only to the United States.

Heavy security measures have been implemented in major cities including Brasilia and Sao Paulo to avoid clashes. If all goes according to plan, pro-and anti-Bolsonaro protesters will not cross paths.

Security forces had set up a heavy cordon around the square flanked by the presidential palace, Congress and the Supreme Court, where hundreds of pro-Bolsonaro demonstrators tore down a police blockade late on Monday.

Bolsonaro plans to attend rallies in both Brasilia and the economic capital Sao Paulo on Tuesday, which marks 199 years since Brazil declared independence from Portugal.

He has promised to draw a crowd of more than two million to Sao Paulo’s Avenida Paulista.

Bolsonaro said last week that the Supreme Court judges should consider the rallies an “ultimatum” – the latest in a long list of ominous warnings aimed at Congress and the courts. 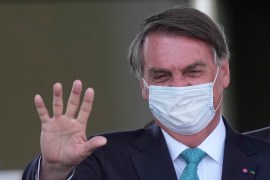 Slumping in the polls, Bolsonaro hopes to energise base as threat of violence between supporters and opponents looms. 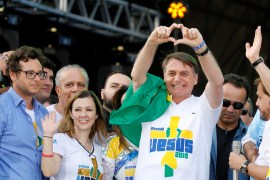 His assault on public mental health services will hurt Black Brazilians the most and benefit evangelical centres. 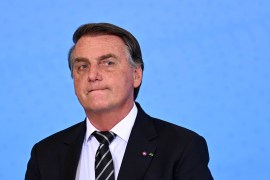