Thousands of women joined demonstrations across Latin America to demand abortion rights in their countries, marking the Global Day of Action for access to legal, safe and free abortion.

Large groups of demonstrators gathered in the Chilean capital Santiago, where the Congress has agreed to hold future debates on an abortion rights law.

Demonstrators in Venezuela marched through downtown Caracas, with organisations from neighbouring states also participating in the march.

Demonstrations in Mexico City were marked by heavy police presence.

A recent decision by the Mexico Supreme Court of Justice ruled out a local law that criminalised women who seek abortions, but a new law did not immediately take effect.

Dozens gathered outside Peru’s Palace of Justice, demanding that judges change the laws in place, which can impose prison sanctions for women who get an abortion.

Abortion is already allowed in some parts of Latin America, such as in Uruguay, Cuba, Argentina, Guyana, French Guiana, and four states in Mexico, including its capital, Mexico City. 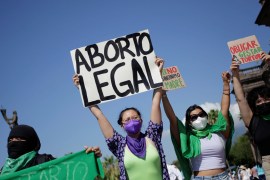 Proposed bill to legalise abortion up to 14 weeks hailed by Chilean legislator as ‘tremendous’ step for women’s rights. 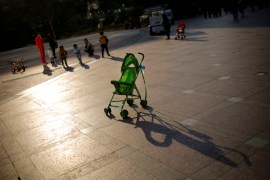 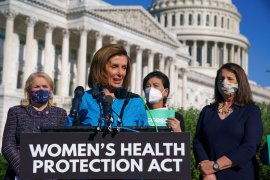 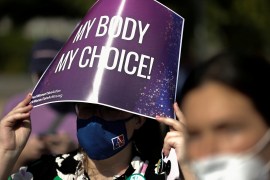