The march came a day after riot police were called in to disperse about 500 protesters who smashed the door at the offices of the Construction, Forestry, Maritime, Mining and Energy Union, which represents construction workers.

On Monday night, the state government announced that the construction industry would be shut down from Tuesday for two weeks in metropolitan Melbourne and some regional areas.

Officials said all worksites will need to demonstrate compliance with health directions prior to reopening, including that staff have had at least one dose of a vaccine before they return to work on October 5.

Victoria state recorded 603 COVID-19 local infections and one death in the past 24 hours.

The death toll from the state’s latest Delta outbreak that began in mid-June is 255 people. 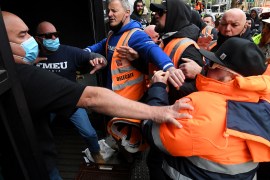 Victoria police said several people were arrested after hundreds turned out in protest against vaccine requirement. 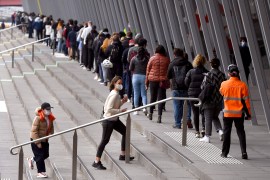 Lockdown in Melbourne was due to end on Thursday, but authorities say this is no longer possible due to rising cases. 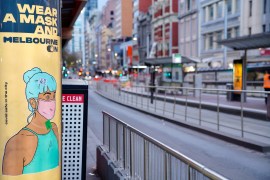 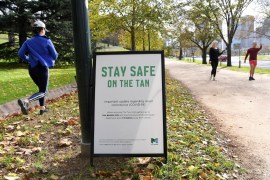 COVID lockdown in Australia’s Melbourne extended by a week

Country’s second-biggest city is stepping up contact tracing and testing to curb spread of ‘quicker’ variant.