Ahmad Daoud surveyed his shrivelled tomato plants near the Dead Sea in Jordan, where severe drought in what is already one of the world’s most water-deficient countries is hitting hard.

“Look at how the land thirsts,” he said, walking on cracked earth stained with white salt patches, waving at the five hectares (12 acres) of his farm. “Everything I planted… is dead.”

He inspected a tomato the size of a marble that had dried up before it ripened.

“If there had been water, this tomato would have been as big as my fist,” he said.

Daoud, 25, rents the land in Ghor al-Haditha, around 80 kilometres (50 miles) south of the capital Amman.

The fertile area is home to many market gardens, but drought has taken a heavy toll.

“We usually suffer from a lack of water, but this year, it is much worse,” Daoud said. “When it comes, the flow is too low to water our crops or fill our tanks.”

The salty waters of the nearby Dead Sea are dropping dramatically in height too.

The recent rainy season, which usually runs from October to the end of April, was poor.

“The situation is critical,” he said.

Worst yet to come?

Experts say Jordan is now in the grip of one of the most severe droughts in its history.

But many warn the worst is yet to come.

The environment ministry says Jordan is among the world’s most water-deficient countries, and fears that a warming planet will make the situation more severe.

“The increased temperatures and lower precipitation resulting from climate change would adversely affect crops and water availability,” the ministry says, in its National Climate Change Policy.

Mean annual temperature is expected to increase by two degrees Celsius, and rainfall cut by a fifth by 2050, according to projections used by the World Bank.

On a nearby nine-hectare (22-acre) farm, 43-year-old Ibrahim Dgheimat sits in his pickup, overwhelmed by the heat. He watches as several women pick beans.

“But this year, the lack of water destroyed two-thirds of my crops.”

“I don’t have any way to pay the workers,” Dgheimat said.

To make matters worse, prices of produce slumped after exports dropped by a fifth last year due to coronavirus-related border closures.

The pandemic has also hit big customers like hotels and restaurants hard.

Daoud, born in Jordan to Pakistani parents – who like thousands of compatriots arrived in the 1960s onwards, many of them en route to pilgrimage in Mecca in neighbouring Saudi Arabia – says all he can do is torch the failed crop.

“Five months of work is going to go up in smoke,” says Daoud, who works with his brothers and their children.

Beyond crop irrigation, the drought could reduce access to drinking water, too.

Jordan needs about 1.3 billion cubic metres of water per year, but the quantities available are around 850 to 900 million cubic metres, with the shortfall “due to low rainfall, global warming, population growth and successive refugee inflows,” Salameh said.

This year, the reserves of the three drinking water dams have reached critical levels, now just a third of their normal capacity.

At the same time, household water consumption has surged by 10 percent since the start of the pandemic, as people stay home amid restrictions.

In total, the country will be 40 million cubic metres short of water this year, according to Salameh, who urged residents to use as little as they can.

Amman says that under a 1994 peace agreement with its neighbour, Israel is obliged to provide the kingdom with 55 million cubic metres of water a year free of charge.

To make up the shortfall, Jordan will have to pump from its water table, said Salameh. 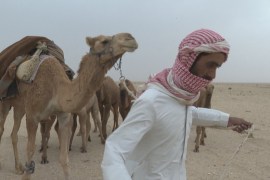 In the deserts of Muthanna province, nomadic herders paint a grim picture of an increasingly uninhabitable environment. 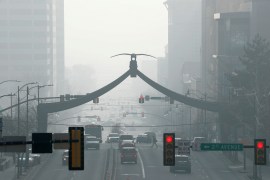 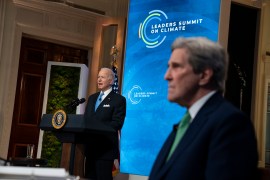