Egypt held a spectacular parade to celebrate the transport of 22 of its royal mummies through the capital, Cairo, to their new home in the National Museum of Egyptian Civilisation.

Crowds gathered on Saturday to witness the multimillion-dollar spectacle of 18 kings and four queens making the 7km journey (four miles) from the Egyptian Museum in central Cairo’s Tahrir Square to their new resting place.

The 22 royals in the convoy were mostly from the New Kingdom.

Authorities shut down roads along the Nile for the elaborate ceremony, designed to drum up interest in Egypt’s rich collections of antiquities at a time when tourism has almost entirely stalled because of COVID-19 related restrictions.

As the royal mummies arrived at the museum, which was officially inaugurated on Saturday, cannons fired a 21-gun salute.

President Abdel Fattah el-Sisi stood at the entrance of the museum to receive the mummies as they filed past on vehicles bedecked with golden pharaonic motifs.

The heads of the UN cultural agency UNESCO and the World Tourism Organization were also present at the ceremony.

Each mummy had been placed in a special capsule filled with nitrogen to ensure protection, Egyptian archaeologist Zahi Hawass said.

They were carried on vehicles designed to cradle them and provide stability.

Fustat, the home of the new museum, was the site of Egypt’s capital under the Umayyad dynasty after the Arab conquest. 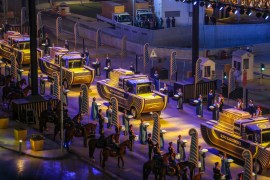 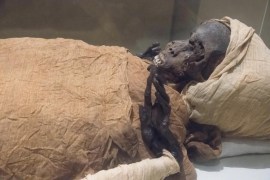 The convoy will move 18 kings and four queens from the Egyptian Museum to the National Museum of Egyptian Civilization. 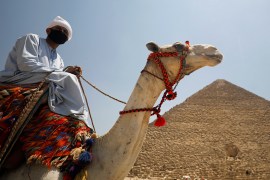