About four billion people experience severe water shortages for at least one month a year, and around 1.6 billion people – almost a quarter of the world’s population – have problems accessing a clean, safe water supply, according to the United Nations.

While the UN’s Sustainable Development Goals call for water and sanitation for all by 2030, the world body says water scarcity is increasing and more than half the world’s population will be living in water-stressed regions by 2050.

In the run-up to the UN’s World Water Day on Monday, photographers from the Reuters news agency used drones to capture dramatic pictures of polluted waterways around the world.

In one image, a discarded sofa lies beached in the Tiete river, in Brazil’s biggest city Sao Paulo, into which hundreds of tonnes of untreated sewage and waste are tipped each day.

Others show domestic waste clogging the Citarum river in Bandung, Indonesia and sewage flowing into the Euphrates in Najaf, Iraq.

Julia Brown, a geographer specialising in environment and development at the University of Portsmouth, said many countries with water-intensive agriculture and industry lacked adequate safe drinking water.

“When we buy products and buy food and clothing we don’t always appreciate that we’re actually importing somebody else’s water and often those countries where we’re importing water from, like in avocados or our denim jeans, they’re actually very water-scarce countries,” she told Reuters.

Brown added that, while extending access to water was important, maintaining that access in some of the poorest parts of the world was often overlooked.

“NGOs like to have their photographs taken with a shiny new hand pump … then they walk away and it’s handed over to communities to raise the funds to maintain these systems, to make sure that they’re repaired. And if they’re not?” she said.

“The research indicates at any one time one-third of hand pumps across Sub-Saharan Africa are broken.” 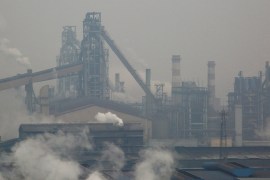 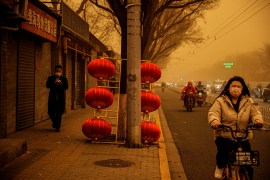 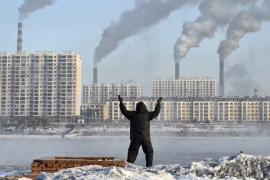 The International Energy Agency says emission were 2 percent higher in December than in the same month a year ago.