A human rights group says at least 183 people have been killed in Myanmar since the recent military coup in the country, 20 of whom died on Monday.

“Casualties are drastically increasing,” said the Assistance Association for Political Prisoners (AAPP), which has been tracking the situation since the February 1 coup, in its daily update.

As of March 15, a total of 2,175 people had been arrested, charged or sentenced by authorities, AAPP added.

While the victims were mostly anti-coup protesters, the advocacy group said it had also documented killings of people not involved in the demonstrations.

The military has also shut down mobile internet connections across the country – in addition to a continuing nightly internet blackout – and cut off electricity in some townships.

Myanmar’s generals also imposed martial law on nine more townships in the cities of Yangon and Mandalay on Monday, a day after security forces shot dozens of protesters demanding the restoration of the elected civilian government. 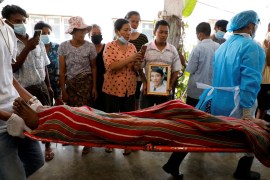 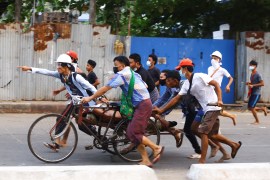 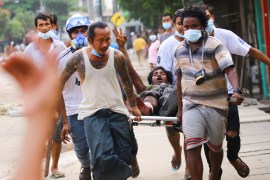