A magnitude 7.3 earthquake off Japan’s Fukushima coast has injured dozens of people, nearly 10 years after the eastern region was hit by a huge quake that sparked a tsunami and nuclear meltdown.

Prime Minister Yoshihide Suga said on Sunday that no deaths had so far been reported after the late-night quake, which did not trigger a tsunami warning.

Japan’s disaster agency said 74 injuries had been reported in the region and also around Tokyo, where the quake was felt strongly just after 11pm (14:00 GMT) on Saturday.

No abnormalities were reported at the Fukushima nuclear plant, which melted down in the wake of the March 2011 quake that triggered a towering tsunami and killed more than 18,000 people.

Japan’s meteorological agency said Saturday’s quake, which hit at a depth of 60 km (37 miles) in the Pacific off Fukushima, was considered an aftershock of the massive tremor nearly a decade ago.

No significant damage was reported but authorities were assessing the impact of a landslide on a highway, government spokesman Katsunobu Kato said, while aerial TV footage showed another landslide at a remote race circuit.

Kato warned residents about the possibility of strong aftershocks in the next week and further landslides due to heavy rain forecast.

“Particularly for the next two to three days, there might be very strong earthquakes,” Kato said. 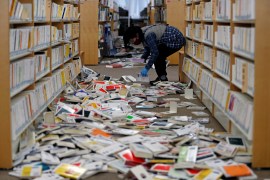 No tsunami warning issued as some 950,000 households go initially without electricity and dozens are reported injured. 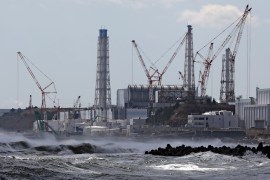 What is the legacy of Japan’s Fukushima disaster?

The government is considering releasing contaminated water into the Pacific Ocean. 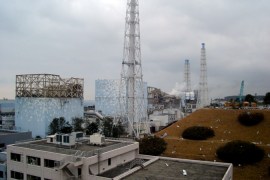 Japan to release radioactive Fukushima water into the sea: Media